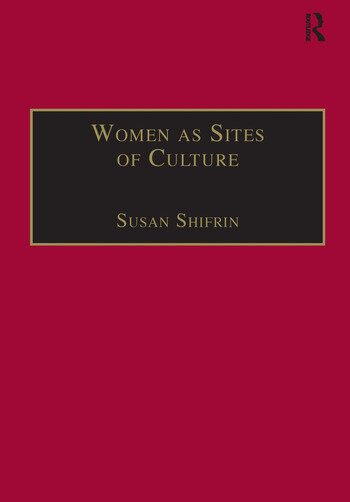 Women as Sites of Culture: Women's Roles in Cultural Formation from the Renaissance to the Twentieth Century

Exploring the ways in which women have formed and defined expressions of culture in a range of geographical, political, and historical settings, this collection of essays examines women's figurative and literal roles as "sites" of culture from the 16th century to the present day. The diversity of chronological, geographical and cultural subjects investigated by the contributors-from the 16th century to the 20th, from Renaissance Italy to Puritan Boston to the Polish-Lithuanian Commonwealth to post-war Japan, from parliamentary politics to the politics of representation-provides a range of historical outlooks. The collection brings an unusual variety of methodological approaches to the project of discovering intersections among women's studies, literary studies, cultural studies, history, and art history, and expands beyond the Anglo- and Eurocentric focus often found in other works in the field. The volume presents an in-depth, investigative study of a tightly-constructed set of crucial themes, including that of the female body as a governing trope in political and cultural discourses; the roles played by women and notions of womanhood in redefining traditions of ceremony, theatricality and spectacle; women's iconographies and personal spaces as resources that have shaped cultural transactions and evolutions; and finally, women's voices-speaking and writing, both-as authors of cultural record and destiny. Throughout the volume the themes are refracted chronologically, geographically, and disciplinarily as a means to deeper understanding of their content and contexts. Women as Sites of Culture represents a productive collaboration of historians from various disciplines in coherently addressing issues revolving around the roles of gender, text, and image in a range of cultures and periods.

Contents:Introduction; The female body as the site of polemics: The rhetoric of corporeality and the political subject: containing the dissenting female body in civil war England, Christopher Orchard; 'As strong as any man': Sojourner Truth's tall tale embodiment, Alison Piepmeier; Flappers and shawls: the female embodiment of Irish national identity in the 1920s, Louise Ryan; 'We are going to carve revenge on your back': language, culture, and the female body in Kingston's The Woman Warrior, Lisa Plummer Crafton; 'If this is improper,...then I am all improper, and you must give me up': Daisy Miller and other uppity white women as resistant emblems of America, Lisa Johnson; Staging the sights of culture, staging women: theater, ritual, and ceremony: Bodies political and social: royal widows in renaissance ceremonial, Elizabeth McCartney; Eroticizing virtue: The role of Cleopatra in early modern drama, Reina Green; Applauding Shakespeare's Ophelia in the 18th century: sexual desire, politics. and the good woman; Susan Lamb; Mothers of invention: prostitute-actresses of the late 19th-century Bengali theatre, Sudipto Chatterjee; 'Art' for men, 'manners' for women: how women transformed the tea ceremony in modern Japan, Etsuko Kato; Si(gh)ting the woman as cultural resource: Portrait medals of Vittoria Colonna: representing the learned woman, Marjorie Och; Si(gh)ting the mistress of the house: Anne Clifford and architectural space, Elizabeth V. Chew; The 'wild woman' in the culture of the Polish-Lithuanian commonwealth, Lynn Lubamersky; 'At the end of the walk by Madam Mazarines lodgings': si(gh)ting the transgressive woman in accounts of the restoration court, Susan Shifrin; The female voice as the site of cultural authority: 'Why do you call me to teach the court?': Anne Hutchinson and the making of cultural authority, Ross J. Pudaloff; A criticism of contradiction: Anna Leticia Barbauld and the 'problem' of 19th-century women's writing, Robin DeRosa; Silent at the wall: women in Israeli Remembrance Day ceremonies, Kristine Peleg; Revisiting a site of cultural bondage: JoAnn Gibson Robinson's Boycott Memoir, Ruth Ellen Kocher; Bibliography; Index.