Through The Looking Glass
Women And Borderline Personality Disorder 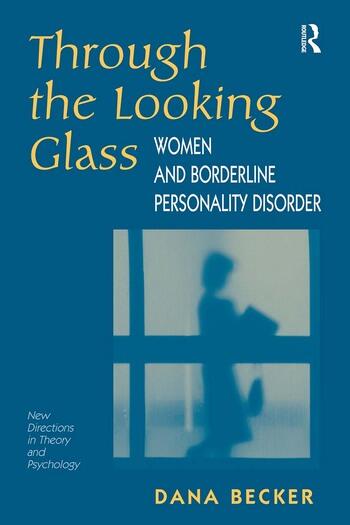 Through The Looking Glass: Women And Borderline Personality Disorder

To what extent is borderline personality disorder (BPD) a truly ?female? affliction given how women are socialized? This and other questions are addressed within the context of the historical relationship between women and madness, as well as women's often-strained relationship with the psychiatric profession.In a refreshing look at the facts behind why a preponderance of women are diagnosed with BPD, Dana Becker provides evidence that the struggles of these ?borderline? women are extreme versions of the day-to-day struggles many women face. Examining the relationship between gender, psychological distress, and the classification of BPD as a psychiatric disorder, the author offers a new emphasis on elements of female socialization as keys to understanding the development of borderline symptoms.The book should appeal to psychotherapists in all professional groups?psychologists, psychiatrists, social workers, and other mental health professionals?as well as graduate students in these disciplines. It should also be valuable to those involved in the fields of women's studies, psychology of women, sociology, and the history of medicine.

Acknowledgments, Prologue: "Borderline" Women Among the Mentally Ill, From Witchcraft to Hysteria to BPD: A Brief History of Female Insanity, Women and Madness: A Historical View, A "Chattering, Canting Age," Two Women's Histories: Charlotte Perkins Gilman and Alice James, Taxonomy as Destiny? The Birth of Labels, "Mad" Women and "Bad" Men, Mental Illness and Labeling Theory: Are We Blaming the Victim?, Gender Roles, Mental Illness, and the Price of Deviance, Psychiatry's Family Bible: DSM, The Clinical Realities of Naming and Diagnosis, The Personality Disorders: Prevalence and Politics, Gender Bias in Diagnosis, The Rise and Fall of the Borderline Concept, Object Relations, Developmental Arrest, and the Borderline Syndrome, Critiques of Theoretical Formulations, Toward an Etiology of Borderline Symptomatology, Biology as Destiny? Abuse Traumata and Psychological Distress, The BPD/PTSD Controversy: Who's on First?, Development of the Self, Developmental Psychopathology and the Borderline Disorder, Through the Looking Glass: Female Socialization and Personality Disorder, In the Looking Glass, A Case of Privileged Meaning: The Reification of Autonomy, Continuities and Discontinuities in Women's Coming of Age, Anger, Dependency, and Fear: Women at the Border, Member of the Wedding, Autonomy Revisited: Personality Disorder and Ideas About Autonomy, Anger, Dependency, and Personality Disorder, "Borderline" Self-Destructiveness and Therapeutic Breakdown, Self-Injury and BPD, Borderline Women and the Dialogue of Suicide, Treatment at the Border, Notes, References, About the Book and Author, Index

Dana Becker is Clinical Supervisor of Family Therapy at the Center for Research on Adolescent Drug Abuse at Temple University. She maintains a private practice in both Philadelphia and Rosemont, Pennsylvania, specializing in the treatment of women and families.