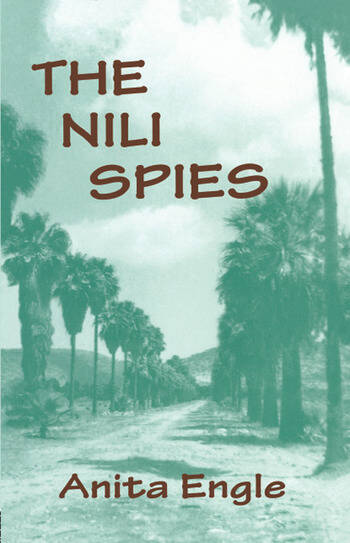 An extraordinary tale, much-neglected by historians, of courage, bravery and eventual tragedy which took place during the First World War in the Middle East. It is the story of a small group of people, of whom Sarah and Aaron Aaronsohn were the core, who were devoted to the Yishuv, the Jewish community in Palestine, and who were convinced that it was in imminent danger of extinction from the Turks.They resolved to help the British in Egypt by collecting military intelligence. Unfortunately, as Peter Calvocoressi points out, their understanding of the British position was quite wrong...[their] miscalculations created the tragedy which this book recounts...'

The Daily Telegraph- "..outside Zionist circles the story of how a small and valiant group of Jewish settlers in Palestine worked as spies for the British, with decisive results, has never become widely known. The names of Aaron and Sarah Aaronsohn are not household ones. In this book Anita Engle does them belated justice."

Sir Leonard Woolley, The Observer- "This book is a well-merited tribute to an organisation which in the First World Wr rendered valuable service in the British cause; in particular it is the record of a gifted and gallant family who initiated and worked that organisation and sacrificed their lives for it."

The Times Literary Supplement- "Miss Engle"s book...tells calmly and precisely, a story which starts as an eic and ends as a tragedy of errors...the book provokes the question, ar resistance movements, underground organizations, worth the misery they entail?