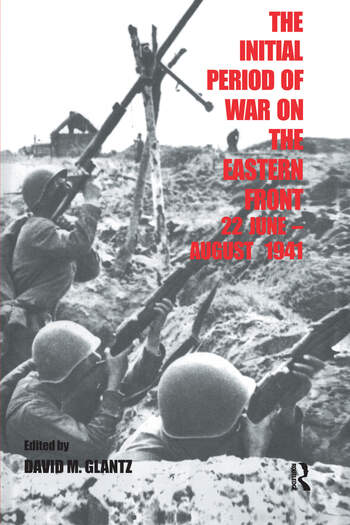 Beginning with Operation Barbarossa, the German invasion of the Soviet Union in June 1941, this volume draws upon eye-witness German accounts supplemented with German archival and detailed Soviet materials. Formerly classified Soviet archival materials has been incorporated.

The RUSI Journal- "Colonel Glantz has assembled a valuable collection of Soviet materials, many of them previously classified secret or top secret to which must be added to his excellent introduction analysing the Red Army in 1941. This is a volume at first sight formidable in appearance but a treasure-trove in its own right and unique in its historical value."

War in History- "... amply illustrated ... their lavish display is invaluable to any student of war, especially in its operational and tactical context. If there is a lesson to be learned from Colonel Glantz"s skilful re-creation of the campaign, it lies in his revealing the grossly inflated self-confidence of the members of the German High Command.