The Freudians
A Comparative Perspective 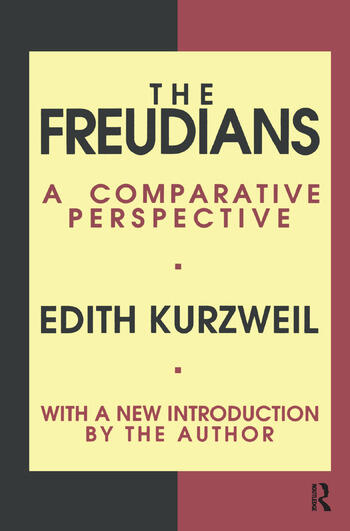 The Freudians: A Comparative Perspective

Every country unconsciously creates the psychoanalysis it needs, says Edith Kurzweil. Freudians everywhere, even the most orthodox, are influenced by national traditions, interests, beliefs, and institutions. In this original and stimulating book, Kurzweil traces the ways in which psychoanalysis has evolved in Austria, England, France, Germany, and the United States.

The author explains how psychoanalysis took root in each country, outlines the history of various psychoanalytic institutes, and describes how Freudian doctrine has been transmuted by aesthetic values, behavioral mores, and political traditions of different cultures. The Germans, for example, took Austrian humanism and made it "scientific." The British developed object relations. French psychoanalysts emphasized linguistics and structuralism and developed an abiding fascination with text, language, subtext, and plot structures.

In her new introduction, Kurzweil reexamines her argument that countries develop their own psychoanalysis according to their needs. She describes evidence supporting her theories and why they continue to hold true today. She also discusses what led her to write this book initially. The Freudians is a major work in confirming the importance of psychoanalytic thought across national and cultural boundaries.