The Companion to Hispanic Studies 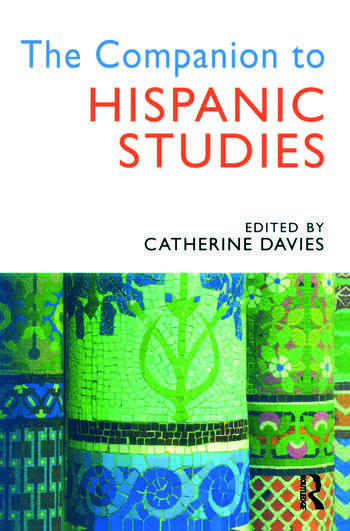 The Companion to Hispanic Studies

This essential book provides all the necessary introductory information on the subject and will be especially useful for students who have already started courses in Spanish / Hispanic Studies, or who are considering doing so in the future.

Written by a team of leading scholars each with established teaching experience this collection of short essays explores topics as diverse as the history of the Spanish language, Islamic Andalusia, race and class in the Spanish Golden Age, Catalan nationalism, the Madrid 'movida', Latin America cinema, tango in Argentina, Evita Per

Catherine Davies is Professor at the University of Nottingham, UK.

The book successfully presents the field of Hispanic Studies as complex, dynamic and exciting, with authoritative contributions from an array of distinguished scholars.
Modern Language Review

" This book explicitly addresses today's undergraduate of Hispanic Studies in the U.K ....   the editor tells the prospective reader that the aim is "to give you a relatively quick and easy entry into Hispanic Studies as it stands today".....It achieves its goal through a generally succinct and readable discourse".