Studies in the Medieval History of the Yemen and South Arabia 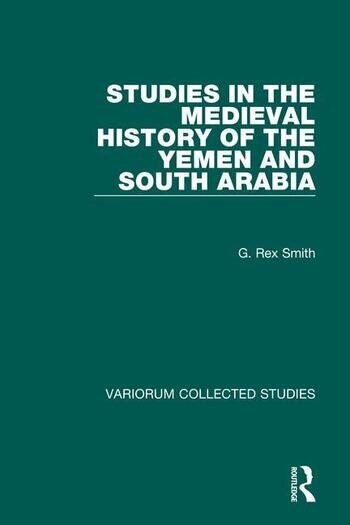 Studies in the Medieval History of the Yemen and South Arabia

This volume brings together a set of widely scattered articles spanning some thirty years of research on early and medieval Yemen and South Arabia. They cover the political and military history of the area, from the beginning of Islam to the Ottoman conquest in 1517, with the establishment of the Zaydis and then the Ayyubids as key events. Particular attention is given to the 13th century, and questions of trade and historical geography. The work of the traveller Ibn al-Mujawir, the subject of a series of studies, also provides much information on the society and beliefs of the period, including magic and sexual practices.

’...an important reference work for the serious historian of medieval Yemen...Smith’s essays represent a remarkable set of discrete and interwoven achievements, all punctiliously documented, researched, and indexed.’ Bulletin of the Middle East Studies Association, 32 ’The excellent scholarship reflected in the articles assembled herein has bequeathed the scholarly world a wealth of first-hand data from original sources, for which all of us concerned with the legacy of that country in the Middle Ages are grateful. Bringing this data together in one volume should also greatly facilitate the work of researchers seeking to further their knowledge of this fascinating era in Yemen’s history.’ Digest of Middle East Studies ’...Variorum has provided what will stand for many years as a major resource for scholars working on the history of medieval Yemen....’ Journal of Semitic Studies, Vol. 44, No. 2 ’In many respects, G. Rex Smith can be seen as a true pioneer of Yemeni studies, who introduced western scholars to a number of important personalities and sources of Yemeni history that had heretofore been practically unknown outside Yemen...this work will no doubt be of great service to all specialists on Yemen...it lays a solid foundation for the future study of medieval Yemen.’ Journal of the Royal Asiatic Society, Vol. 10, Part 1