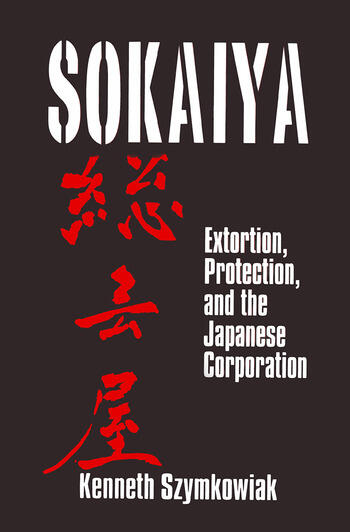 Sokaiya are extortionists who target Japanese corporations for payoffs. They threaten to reveal corporate secrets and scandals, usually at shareholder meetings. This book explores the curious but not unusual relationship that grows between executives and sokaiya, who also offer their services to protect the corporation from other sokaiya, thus becoming a necessary evil in the world of Japanese business. The book documents the history and development of sokaiya over the past 100 years since Japan first enacted a commercial code. It includes interviews with police, lawyers, corporate executives, as well as sokaiya and members of the yakuza (traditional Japanese gangsters).

By 1936, after a decade of Civil War and even before the Xi'an Incident, Mao Zedong had begun talking about a "New Stage" of cooperation between the Guomindang and the Communist Party. With the establishment of a framework for cooperation between the two parties, and as Japan began its brutal war against China, Mao began to develop this theme more systematically in both the political and military spheres. This volume documents the evolution of Mao's thinking in this area that found its culmination in his long report to the Sixth Enlarged Plenum of the Central Committee in October, 1938, explicitly entitled "On the New Stage" and presented here in its entirety. It was also during this period that Mao delivered a course of lectures on dialectical materialism after reading and annotating a number of works on Marxist theory by Soviet and Chinese authors. These lectures, from which "On Practice" and "On Contradiction" were later extracted, are also translated here in their entirety.