Society and Trade in South Arabia 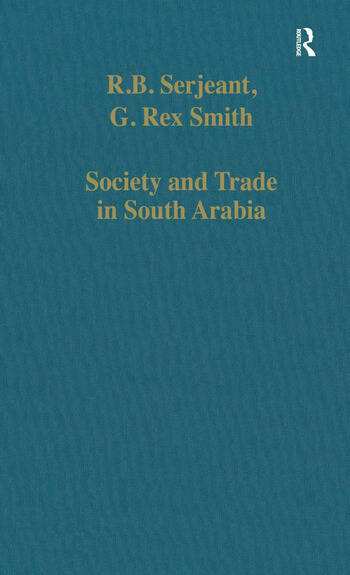 Society and Trade in South Arabia

This book is the fourth and final collection of Professor R.B. Serjeant's articles on the trade, commerce and society of South Arabia and the Yemen. The early articles concern trade; customary law is the next subject represented with social history and one or two incidental articles completing the volume.

'...there is no greater tribute to Serjeant as a scholar than the continued availability of his original and insightful work for future generations of Arabists.' Journal of Semitic Studies, Vol. 43, No. 2