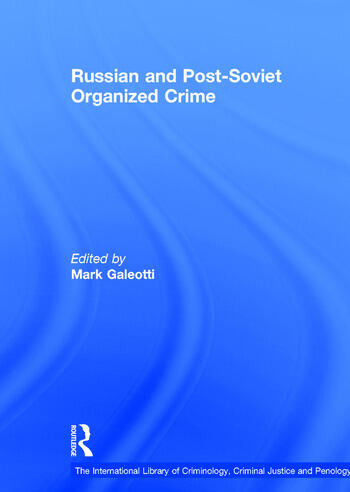 A timely look at a widespread yet largely uninvestigated area of Russian life. Chapters include: consideration of the history and basis in culture for the organization of crime in Russia; the actions of émigrés to the USA; and the development of modern sophistications of exchange and networking that currently blight privatization. Diverse perspectives, including comparative, structural and ethnic frameworks, give unprecedented national and international insights into a pervasive element of modern Russia.

'...brings the past and present of criminal Russia together in a very informative and readable way'. Global Crime ’There [is]...a wealth of discussion for students using this as a course book...The collection of essays makes a significant contribution towards examination of Russian and post Soviet organised crime.’ East-West Review ’...would be useful to someone who is unfamiliar with the field.’ International Criminal Justice Review