Murder in the Tower
and Other Tales from the State Trials 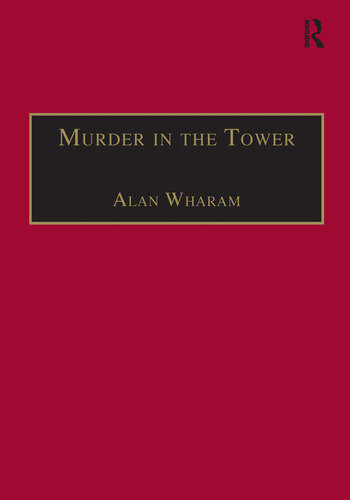 Murder in the Tower: and Other Tales from the State Trials

Murder in the Tower consists of fifteen chapters, each giving an account of a different 17th-century criminal trial. Each case is based on information taken from a collected volume of state trials originally published in the early 18th century. The cases are chosen for their national political importance, or for the light they can shed on wider social issues.

Contents: Introduction; The imprisonment of Sir Thomas Overbury; The princess and the perjurer; The Bawdy House Riots; A tavern brawl: the trial of Philip, Earl of Pembroke and Montgomery; A most unusual elopement: the trial of Lord Grey of Werk; The Rye House plot: I. The plot; II. The Trials of Thomas Walcot, William Hone and William, Lord Russell; III. The trials of John Rouse and William Blague; IV. The trial of Colonel Algernon Sidney; V. The aftermath of the Rye House Plot; VI. Murther in the tower: 13 July 1683 - the death of Arthur Capel, Earl of Sussex; An Irish interlude; A crime of passion: the trial of Lord Mohun; The Old King’s Head conspiracy; The voyage of the Charles the Second; The voyage of the Loyal Clencarty: the trial of Captain Thomas Vaughan; A duel in the dark; The barrister and the Quaker: R.V. Cowper, Stephens, Rogers and Marson; Captain Kidd and the Adventure Galley; Scratching a witch; Appendices; Index.