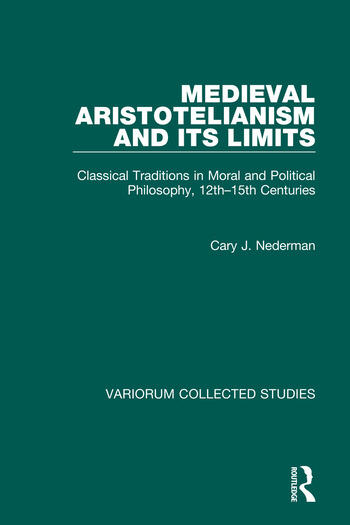 This volume deals with the development of moral and political philosophy in the medieval West. Professor Nederman is concerned to trace the continuing influence of classical ideas, but emphasises that the very diversity and diffuseness of medieval thought shows that there is no single scheme that can account for the way these ideas were received, disseminated and reformulated by medieval ethical and political theorists.