In Pursuit of Military Excellence
The Evolution of Operational Theory 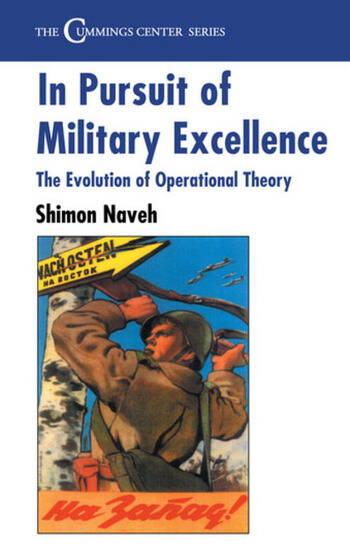 In Pursuit of Military Excellence: The Evolution of Operational Theory

This book offers a scientific interpretation of the field of military knowledge situated between strategy and tactics, better known as operational art', and traces the evolution of operational awareness and its culmination in a full-fledged theory. The author, a Brigadier General (ret.) in the Israeli Defence Forces and Doctor of History, King's College, London, clarifies the substance of operational art' and constructs a cognitive framework for its critical analysis. He chronicles the stages in the evolution of operational theory from the emergence of 19th-century military thought to Blitzkrieg. For the first time the Soviet theories of Deep Operations' and Strike Manoeuvre' that emerged in the 1920s and 1930 are discussed. The author argues that it is these doctrines that eventually led to the crystallization of the American Airland Battle theory, successfully implemented in the Gulf War.

"it is perhaps not surprising that Shimon Navez, in his book In Pursuit of Military Excellence, considers the evolution of the operational theory of warfare with such a rare combination of intellectual rigour and military expertise."

"..he has, in my opinion, written an important book.."

"..quality of his analysis nor the deepth of his research.."

"Suffice to say that this is a very good book indeed: it should be required reading for every serious soldier."

"Shimon Naveh"s book is both readable and a valuable exposition of the Russian experience and thought which, even now, remains difficult for Western readers to access easily. It also provides clear insight into the mistakes of the past through a critique of commanders who have held blindly to a philosophy of war that was grounded in a mistaken assumption about how to achieve a strategic aim - the battle of destruction. His book is neither too technical nor too simplistic and provides the reader with an interesting view on how today"s modern Western military doctrine has evolved and has been implemented."

"It is therefore in his explicit and thorough application of systems theory to military theory that the work derives msuch of its novelty."