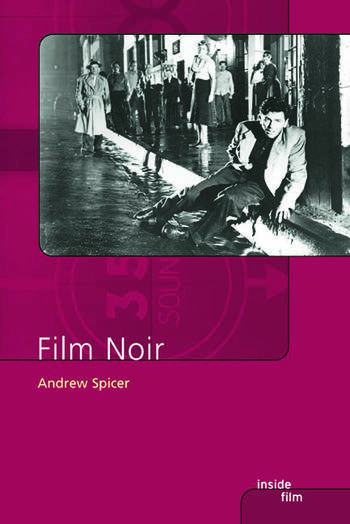 Film Noir is an overview of an often celebrated, but also contested, body of films. It discusses film noir as a cultural phenomenon whose history is more extensive and diverse than American black and white crime thrillers of the forties.

An extended Background Chapter situates film noir within its cultural context, describing its origin in German Expressionism, French Poetic Realism and in developments within American genres, the gangster/crime thriller, horror and the Gothic romance and its possible relationship to changes in American society.

Films discussed include both little known examples and seminal works such as Double Indemnity, Scarlet Street, Kiss Me Deadly and Touch of Evil. A final section provides a guide to further reading, an extensive bibliography and a list of over 500 films referred to in the text. Lucidly written, Film Noir is an accessible, informative and stimulating introduction that will have a broad appeal to undergraduates, cinéastes, film teachers and researchers.