Byzantium in the Iconoclast Era (ca 680–850): The Sources
An Annotated Survey 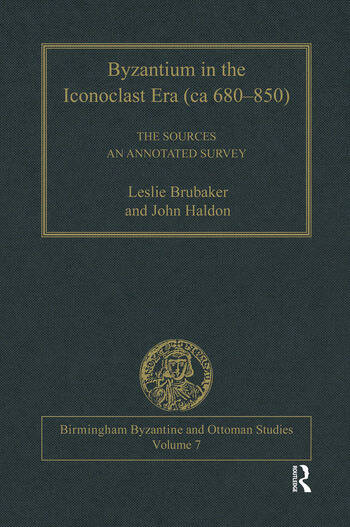 Byzantium in the Iconoclast Era (ca 680–850): The Sources: An Annotated Survey

Iconoclasm, the debate about the legitimacy of religious art that began in Byzantium around 730 and continued for nearly 120 years, has long held a firm grip on the historical imagination. Byzantium in the Iconoclast Era is the first book in English to survey the original sources crucial for a modern understanding of this most elusive and fascinating period in medieval history. It is also the first book in any language to cover both the written and the visual evidence from this period, a combination of particular importance to the iconoclasm debate. The authors, an art historian and a historian who both specialise in the period, have worked together to provide a comprehensive overview of the visual and the written materials that together help clarify the complex issues of iconoclasm in Byzantium.

'... insightful annotation and discussion of buildings and archeology, manuscripts [...], icons, sculpture, textiles, metalwork, coins and seals... all Byzantinists should own a copy.' Religious Studies Review '... a necessary, eminently useful, and reliable book... It is admirable in presenting material sources alongside written ones...' Speculum 'This fully interdisciplinary exercise makes a major contribution towards re-evaluating Byzantium's 'Dark Age'.' Journal of Ecclesiastical History