Between Two Worlds
Politics, Anti-Politics, and the Unpolitical 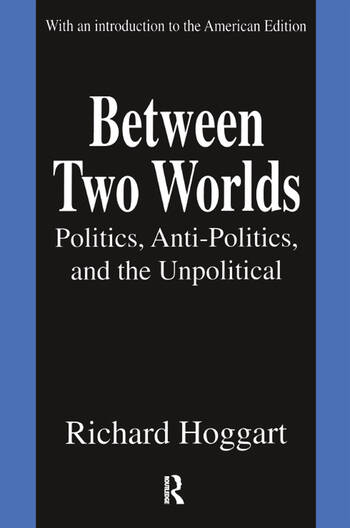 Between Two Worlds: Politics, Anti-Politics, and the Unpolitical

Throughout his life, Richard Hoggart has been involved with four main areas: broadcasting, arts policy, education, and social work, all of which he finds have characteristics in common. This collection of essays represents less than a quarter of his essays published over the last two decades. The subjects, to which he turned again and again and which recur in public debate, are still current and contemporary. His views on culture and society, on literature and censorship, and on higher education are both unique and timely.The volume is divided into six parts. Part 1, "Society and Culture: Home and Away," discusses the question, "Are museums political?"; the use of the battered word culture in relation to UNESCO; and the end of the public service idea. Part 2, "A Very English Voice," looks at the rural English culture and country of D. H. Lawrence, and examines the controversy and censorship involved with three of Lawrence's works: The Rainbow, Women in Love, and Lady Chatterley's Lover. Part 3, "Politics and Literature," reveals the author's penchant for timely debates on such subjects as "The State versus Literature" and "Freedom to Publish: Even Hateful Stuff"; and his thoughts on reviewers and reviewing. Part 4, "Levels of Education," touches upon the subjects of politics in universities; the use of public funds for various purposes presumed to be socially valuable; academics in the marketplace; and the need for government to foster critical and cultivated literacy. Part 5, "Figures from a Distant Past," contains reminiscences on and portraits of Hoggart's close relationships and family. Part 6, "Summing Up and Signing Off," is an interview with Nicolas Tredell in which Hoggart discusses his life's work and concerns.Written in Hoggart's characteristically graceful but direct style, these essays touch on issues of contemporary importance in his unique manner. This volume will be of interest to scholars and general readers interested in culture studies, communications, and education.