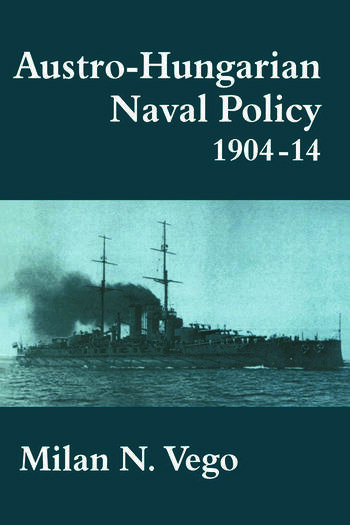 This unique and comprehensive account describes the interplay of internal and external factors in the emergence of the Austro-Hungarian Navy from a coastal defence force in 1904 to a respectable battle force capable of the joint operations with other Triple Alliance fleets in the Mediterranean by the eve of World War I. By 1914 the Austro-Hungarian Navy was the sixth largest navy in the world and the quality of its officers and men was widely recognised by most European naval observers at the time. The book describes the relationships between naval leaders, the heir to the throne Archduke Francis Ferdinand, and the Parliament in shaping the dual Monarchy's naval policy. It also shows how the changes in foreign policy in Italy and underlying animosities between Rome and Vienna led to a naval race in the Adriatic that eventually bolstered Germany's naval position in respect to Great Britain in the North Sea.

"A welcome addition to the literature of the field."

"Readers interested in the Austro-Hungarian navy and the naval balance of power in the Mediterranean on the eve of World War I will welcome the appearance of Vego"s book."

Lawrence Sondhaus, University of Indianapolis, The Journal of Military History

"is a complete diplomatic history of the place and the role of Austria-Hungary as a sea-power with the world"s six largest navy..."

"Vego"s book is a readable overview of the naval aspects of Austria-Hungary"s foreign policy between 1904 and 1914 and is therefore a good addition to the standard technical reference books."

"An excellent overview of not only Triple Alliance naval policy but also its effect on the Triple Entente"s strategy. ... Any reader interested in early twentieth-century European history generally and naval policy specifically should read this work.