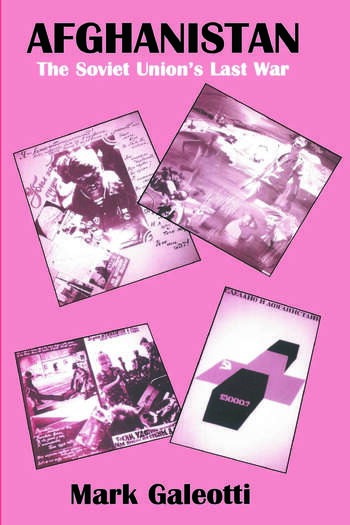 The Soviet Union's last war was played out against the backdrop of dramatic change within the USSR. This is the first book to study the impact of the war on Russian politics and society. Based on extensive use of Soviet official and unofficial sources, as well as work with Afghan veterans, it illustrates the way the war fed into a wide range of other processes, from the rise of grassroots political activism to the retreat from globalism in foreign policy.

Millennium- "This book is a masterly account not only of the Soviet Union"s last war, but of the last days of the USSR itself...The book is vintage Galeotti: incisive, extraordinarily well-informed, fluently written, with a vigorous narrative drive and balanced arguments."

The International History Review- "As Mark Galeotti shows in this very readable and instructive work, the war in Afghanistan came to symbolize the collapse of Soviet power from within...it goes far towards explaining the methods by which the party élite self-destructed in the late 1970s and 1980s. The arrogance by which the Politburo approached the war and the political situation in Kabul defeated its political purposes and became emblematic of its inability to regenerate the Soviet-experiment."

Slavic Review -" Mark Galeotti"s probing and challenging study both complements and supersedes previous works, providing a comprehensive analysis of the war"s influence on the Soviet Union and on post-Soviet Russia. It is a skillful piece of research, lucidly presented, and it will find an appreciative audience among students both of Russian society and of conflict studies"